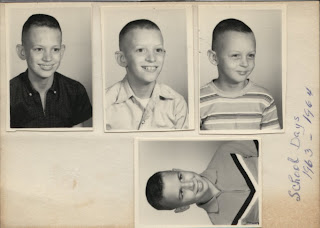 As I slowly assemble things for future referencing, I lose track of what I am doing. So what the heah. I see in the comics that D T is hinting about a run for office. If he was running against David Duke, maybe. Obama, I don't know, maybe if Mickey isn't running this time but it would be a hard choice to make.

I for one do not wish to see another lawyer in office. I don't want a used car salesman again either. What we need is some down to earth farmers back in office. Last seen in the 18th century I think. It is time to do away with the nanny state. If you didn't put in, there should be no getting out. Total reduction of the Fed except for people who are elected, and a few to help maintain continuity. Term limitations and no retirement umbrellas for elected officials. Politics should never be a means for making a living as it instantly turns into a means of self-gratification. No congress should ever decide on a nickel of what it gets paid. Pack of thieves will give themselves a raise every year if the country allows them to. The IRS is only the strong arm of the congressional loan sharks (who borrow money an your and my credit and expect us to pay it back). And I might add, without my consent.

Would I support Obama, doubtful. Would I run against him; not my thing but if there was no other option, I might consider it. But I can assure you that I would only last one term as I would be too severely fiscally conservative. Basically the debt would be paid off in 4 years as no one who is elected would get paid for those four years until the debt was really paid off. No mystery math, no magic math. Just plain old arithmetic. There is no excess if there is debt.

Congress would collapse, no?
From the heart and mind of The Louisiana Bayou Rat at 12:02 PM No comments:

My son, the cheff

Yes, I know it is supposed to be only one f. Personally I prefer sweet banana peppers, but if I'm feeling the need for heat, cayenne is as far as I go. If more is needed, perdition's fury adds more than enough for anyone. I must needs make a new batch if I can get the plants to produce. (My own special blend of dried hot peppers ground up.) Ingredients are secret and you do not have a need to know.

I turn 58 today. My target is to beat Bilbo. Genetically I know I am equipped for at least 89, but who knows. I'll be happy with whatever God may allow, but I am aiming for 134+. Several cards so far and truly gems among them. Handmade one from two of my granddaughters, snoopy cards, all perfect for me. I lost track of how many birthday greetings and wishes I have received on facebook. 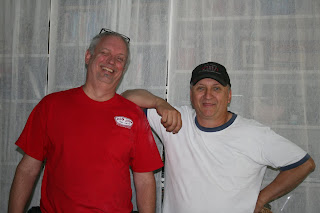 Had a visit from my Navy buddy last weekend. Rick made it in time for lunch and we did a little catching up before he was back on the road again. Good visit. I'll have to dig up some really old pics to post.

Right now though, my body is confused. It is saying I'm 85. Guess lunch and a nap are in order.

Peace, Love and lollipops.
From the heart and mind of The Louisiana Bayou Rat at 12:49 PM No comments: