How about that? A former LA politician that turned down an opportunity to get elected. (Former being the operative word) When you move to another state and register to vote there, to me you become a resident of that state and you give up your previous registration. But that is my opinion, weak as it might be so someone else. I mean, it's where you vote. Sorry if I'm so simple, but there I am, stuck in Norman going to school again. Such is life, no??

To tell you the truth, I would have considered Breaux if he had run. I don't know that I'd have voted for him for sure, but there isn't much else to consider. Jindal, maybe, Campbell, no because his idea of eliminating the personal income tax (which I do support) comes at the cost of placing the majority of the burden on a single industry (big oil) which is what got us into this mess anyway. Our tourist base isn't the size of Florida's, and we have no other means of supporting the super-sized government with which we currently are stuck. Of course, we could fire the politicians and reduce the salaries and size of the government. I doubt the support for that idea is there though, is it? But wouldn't it make more sense than burdening a single industry? Maybe so???!?!!?!?!?!?!?!?

You know deep down that I am correct in my observations though, don't you?

We should also scrap the unconstitutionally generated revenue of the feds as well. Convert the IRS to a useful purpose and reduce the federal government as well. But that's me.
From the heart and mind of The Louisiana Bayou Rat at 2:25 PM 6 comments: 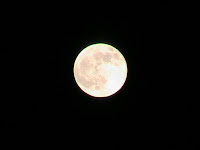 Cousins got a problem. Spring sprung but someone forgot to tell the weather. The northeast is catching a nor'easter for real. So here we are in the sunny south and it is freezing. Snow out west. Someone needs to call Al, don't you think??
From the heart and mind of The Louisiana Bayou Rat at 6:46 PM No comments:

54 - not to be confused with a studio

Birthdays come and go, usually like a freight train. And sometimes I really feel it.
From the heart and mind of The Louisiana Bayou Rat at 11:50 PM 1 comment: