Danger is upon us and the Saints come from behind. 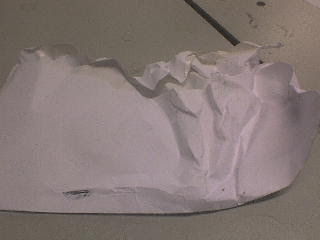 What happend to mail when it is not properly sealed. Remember, all mail generally gets machine handled before it is handled by postal workers.

Life takes many funny (as in peculiar, not Ha Ha) turns. My head has finally stopped hurting so much. Might be due to the prescriptions that I take now. I hate having to rely on medication for anything. It's like depending on the government. No matter how much it helps you now, there is always a cost later. And since that has been the case for over a century now, the debt is out of control. As long as there is a debt, there is no such thing as a "surplus" of funds. The state needs to learn that as much as the Feds need to learn it. I wish everyone would live that way, me included.

And you should realize, if it takes a book to create a new law, the new law is a bad idea. Health care by the government? Bad, bad, bad idea. The government can't run itself as it is. They have a mediocre record with veterans health care (after the promise of lifetime care) and the current health care (medicare/medicaid) is replete with fraud and deceit. I hope all of my representatives in DC "just say no!" but it isn't something I would bet on. We need to go back to less government and less governmental intrusion into our private lives. (And MORE personal accountability) {{Especially personal accountability}}
From the heart and mind of The Louisiana Bayou Rat at 8:20 PM No comments:

oh well, I forgot the title

These things happen. The true test of character is in what you do afterward. And I have it on competent(??) authority that I am one. Grandpas are like that. Time you politicos listened to someone besides lawyers.
From the heart and mind of The Louisiana Bayou Rat at 10:04 PM No comments:

New Kids On The Block.

Grandkids numbers eight and nine are here. Grace Kelly Hoyt and Brashtin Beaux Thiels and Moms (Kelly & Lisa) are doing fine. Check the Facebook pages for pics.
From the heart and mind of The Louisiana Bayou Rat at 2:29 PM No comments: