I cannot remember how many times I crossed this road to get to the Gulf Station to get a pint of gas for the mower (push) so I could cut grass and earn 3 or 4 bucks. Had to give Daddy a quarter of it to help pay for the mower but it left me with enough money to get several comics and a Dr. Pepper. How I wish life was that simple once again.

Seems to me there is more and more hatred ruining the world. Whinny baby politicians crying because they didn't get their way and a total lack of concern for the future of this once better than the rest country.

Not a lot we can do about it except get back to electing people to represent us who are not lifelong politicians, lawyers, or pretty boys (or girls). How about we MAKE congress accept their just pay, take away their executive retirement and put them on Social Security and make them accept the same health care they force us to have. Give a president a lifetime retirement I can understand, given the amount of responsibility that comes with the job. Maybe even the vice president as well. But congress, no, Nyet, nein. Congress deflects responsibility (so no retirement for them)  so they do not have to bear the weight of responsibility for the country's well being. (History, especially the last few election cycles, is on my side with this.)

How on earth can someone complain about the irresponsible behavior of one person and yet accept equally reprehensible behavior on another person, both having the same job? This I do not understand, especially as their job description is exactly the same. America still has some good left in it, but it will soon be gone. Only about three more leaders to go and anarchy will begin and shortly thereafter reign supreme in this country. My advice to my "Indian" cousins, unite under the Cherokee banner as they had a viable system of government.  I'd advise the area next to the Rockies as the best location. Stay west of tornado ally though. My advice to my more immediate cousins, prepare to gather and conquer an agriculturally viable area above the current 150' above sea level mark between to two rivers running east and west and another two running  north and south. I expect the earth to adjust the climate variables over the next three decades to alleviate the eco-system pressure imbalances that have been created by excessive population and industrialization.

Simply my view of things to come. I will be gone by then so no worries for me, but my kids and other descendants may well have to implement such a plan.

Save prog rock, blonde vinyl, and Goatee Records for future generations should we succeed in surviving. Lotsa Dead, Doors, and other stuff from the 60's also. Mostly stuff from the 20's through the 80's (yes, even disco as you need to know what not to do.) Oh, PLEASE do not bring back the 80's haircuts.

By the by, pictures are from Cheneyville's Founder's Day celebration of 2016.

When one goes blank in writing, one must record the blank.

Special thanks to our PD and Fire District 12 for keeping us safe.

All you dope heads, move to some other place, we don't need you.
From the heart and mind of The Louisiana Bayou Rat at 1:23 PM No comments:

If you go too far right, you wind up left. (or: There is a north pole and a south pole, but no east or west pole. God is telling you something.

My view, Mr. Presidents of the past 20 some odd years:

God allows us to make mistakes and enables us to learn from them. Of course, there is the expectation that we should apply the lesson learned. It is not God who failed, it is us.
From the heart and mind of The Louisiana Bayou Rat at 9:21 PM No comments:

Okay, my mind has gone blank.. 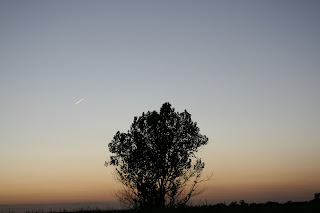 From the heart and mind of The Louisiana Bayou Rat at 12:24 PM No comments:

Well, it isn't Monday, but it is close. So far only one tornado warning, but the day is young.

I wonder how many people realize the best way to serve yourself is to serve others?

I wonder how many politicians understand what a true friend is?

From the heart and mind of The Louisiana Bayou Rat at 9:53 AM No comments: